The nine signs you may have a perforated eardrum include:

The extent of hearing loss you might experience will depend on the hole’s size in your eardrum.

Let your doctor know if you experience these signs and symptoms of a perforated eardrum. It’s essential to seek treatment right away.

Keep reading to learn more about what happens when you have a perforated eardrum. In this article, we’ll review the symptoms, potential causes, and treatments involved.

Understanding these potential causes and symptoms could ensure you receive the help you need for treatment.

What is a Perforated Eardrum?

The eardrum or tympanic membrane is the thin tissue responsible for separating your middle ear and the ear canal. A tear in this tissue is called:

When your eardrum is ruptured, you could experience hearing loss. It can take a few weeks for your eardrum to heal without treatment. Otherwise, you might need a tympanoplasty or myringoplasty.

A myringoplasty is sometimes done intentionally to relieve pressure, such as fluid build-up in the middle ear. The procedure repairs a small eardrum perforation using a paper-like material or gel foam.

A tympanoplasty is a surgical reconstruction of a more extensive eardrum perforation and may involve scar tissue repair and a small skin graft to help repair the eardrum.

How Is a Perforated Eardrum Investigated?

Your Ear Health practitioner, general practitioner or otolaryngologist (ear, nose and throat specialist) can complete a visual exam to determine if you have a ruptured eardrum.

They might need to conduct additional tests to determine if you’re experiencing hearing loss. Tests can include:

Anatomy of the Ear

Before we discuss perforated eardrums further, it helps to understand the anatomy involved.

The middle ear includes the epitympanic recess and the tympanic cavity.

The tympanic cavity contains three tiny bones. These bones are called the auditory ossicles and include the malleus, incus and stapes. They’re responsible for transmitting sound vibrations through the middle ear.

A normal eardrum is partially translucent. Some of the structures behind it, such as the middle ear, are visible as a result.

The malleus is also called the hammer, and it’s attached to the eardrum.

Finally, there’s the stapes or stirrup. The incus, or anvil, is in the middle of the chain. It’s attached to the membrane-covered opening connecting the inner and middle ear.

What Causes a Ruptured Eardrum?

You might develop an ear infection, which could cause the eardrum to rupture.

Otitis media is an infection of the middle ear that occurs when viruses or bacteria cause fluid build-up. The fluid or pus can build behind the eardrum, causing pressure. The eardrum might tear as a result.

Trauma or injury to the ear can cause a burst eardrum, too. Ear tissue is thin and can tear easily. It could tear from a blow, such as one from a sporting accident.

Inserting an object into your ear can rupture your eardrum. Typical items include pencils, bobby pins, and cotton swabs.

About 66% of the patients with ruptured eardrums hurt themselves by sticking “instruments” into their ears. Nearly half of these cases involved a cotton-tipped ear swab.

A loud noise that occurs close to the ear could cause a burst eardrum as well. For example, you could listen to music at a high volume. You might experience ringing in your ears (called tinnitus) for hours or days afterwards.

Ear barotrauma occurs when there’s a difference in pressure between the inner and outer ear. Air travel and scuba diving can both cause ear barotrauma.

What Are the Complications of a Perforated Eardrum?

Your eardrum is responsible for two primary responsibilities: hearing and protection.

When soundwaves strike your eardrum, the eardrum vibrates. It’s then able to translate sound waves into nerve impulses.

Your eardrum also acts as a barrier, protecting your middle ear from foreign substances.

If you have a burst eardrum, your eardrum might not function properly. For example, you could develop hearing loss. Middle ear infections are common, too.

Remember, the eardrum protects the middle ear from bacteria. If your ruptured eardrum fails to heal, it will leave your middle ear vulnerable.

Developing a middle ear cyst is a potential complication as well. Though it’s rare, a cyst could form in the middle ear.

Risk Factors of a Perforated Eardrum

Your chances of developing a ruptured eardrum can increase if you:

You can discuss ways to safeguard yourself from a potential burst eardrum with your healthcare practitioner.

How Do You Prevent a Burst Eardrum?

There are a few ways you can protect yourself from an eardrum injury or burst eardrum.

First, make sure to treat any middle ear infections you experience right away. Possible symptoms include:

Let your doctor know if you experience these symptoms. You can seek treatment to protect against additional damage to your eardrum.

The next time you plan on flying, protect your ears. Use pressure-equalising earplugs, chew gum, or yawn to avoid pressure changes. You should avoid flying if you have blocked ears, cold or flu-like symptoms.

Make sure to keep your ears free of foreign objects. Avoid digging hardened ear wax out with a paperclip or cotton swab. Otherwise, you could risk tearing your eardrum.

If you plan on attending an event where noise is an issue, protect your ears with earplugs.

Tympanic membrane perforation has a spontaneous healing rate between 78 and 90%. If it fails to heal after six months, you could experience conductive hearing loss. Instead of waiting for it to heal on its own, visit a healthcare practitioner right away.

A general practitioner might prescribe antibiotic drops if you have a bacterial infection. If you’re in pain, they may recommend over-the-counter medication for relief.

You can use home remedies to ease the pain as well. For example, consider placing a warm, dry compress to your ear throughout the day.

Otherwise, they might suggest a procedure to close the tear, such as a myringoplasty.

If the myringoplasty wasn’t successful, your doctor might suggest surgery. The most common procedure for a perforated eardrum is called tympanoplasty.

A surgeon will graft a patch of your tissue to close the tear in your eardrum. You can go home the same day unless anesthesia requires a more extended hospital stay.

Make sure to avoid swimming or diving while your eardrum heals and use earplugs or a shower cap while bathing or showering.

Over the past decade, a growing body of evidence has revealed that hearing loss is strongly associated with decreased functional brain tissue volume and cognitive

Why Do Ears Get Itchy?: A Guide to the Causes and Treatments of Itchy Ears

Itchy ears – it’s a common problem and also an embarrassing one. The overwhelming urge to scratch your ears can be very awkward in public,

The nine signs you may have a perforated eardrum include: Hearing loss A spinning sensation (vertigo) Nausea or vomiting from vertigo Ear pain that may 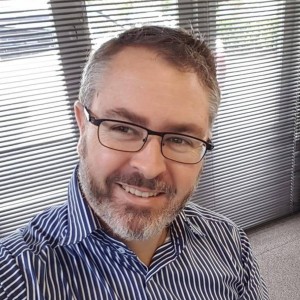